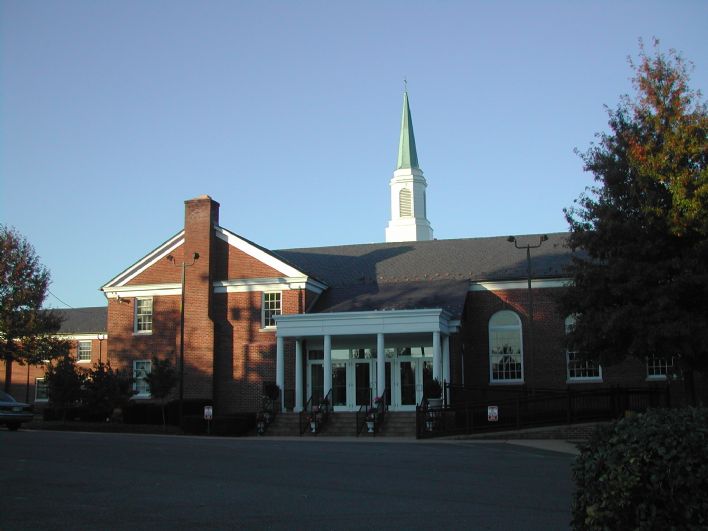 I do not know about you but I have found going through these Donald Trump years exhausting. One of the reasons I have found them exhausting is I have no idea what is going on. Or it may be I think I know what is going on, I do not like it, but I do not have the slightest idea what could be done to right the ship. Something seems to have happened to our world and few of us have any idea how to put in back together.

That I am a theologian should make some difference. I have spent a life time reading books that should give some insight into the world in which we find ourselves. For example consider this passage from Bonhoeffer’s Ethics. 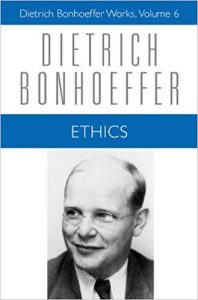 For the tyrannical despiser of humanity, popularity is a sign of the greatest love for humanity. He hides his secret profound distrust of all people behind the stolen words of true community. While he declares himself before the masses to be one of them, he praises himself with repulsive vanity and despises the rights of every individual. He considers the people stupid, and they become stupid, he considers them weak and they become weak, he considers them criminal and they become criminal. His most holy seriousness is frivolous play; his conventional protestations of solicitude for people are bare-faced cynicism. In his deep contempt for humanity, the more he seeks favor of those he despises, the more certainly he arouses the masses to declare him a god. Contempt for humanity and idolization of humanity lie close together. Good people, however, who see through all this, who withdraw in disgust from people and leave them to themselves, and who would rather tend to their own gardens than debase themselves in public life, fall prey to the same temptation to contempt for humanity as do bad people.

Bonhoeffer wrote those words sometime between 1941 and 1943 while staying at a Benedictine Abbey.

Bonhoeffer had retreated to the monastery because the SS had closed the secret seminary he had led.

The passage I just read clearly seems to be Bonhoeffer’s reflections on Hitler and the Nazi takeover of German life. America is clearly not that Germany. Nor is being ruled by a bore equivalent to being ruled by a murderous totalitarian thug. Yet I suspect most of us cannot help but be haunted by these searing words from Bonhoeffer.

I am aware that to begin a sermon with these kind of reflections risks offense. I am a visiting preacher. I get to say what I have just said and then get out of town. I do not have to pay any price for making you listen to my worries that may or may not be a sermon. Sermons, at least in contemporary Christianity, are not supposed to be political. Even mentioning the name Donald Trump in a sermon threatens to defy the convention that we are to leave politics at the door when we come to church. But then I hope to convince you that one of our failures as Christians has been our unwillingness to acknowledge the political character of preaching, in particular, preaching that is centered on the cross.

Preachers try to hide the political character of the sermon because they do not want the congregation to notice those in the pews are powerless. The one standing in the pulpit gets to say what they want to say but those in the congregation just have to sit there and take it. Some may in other contexts find ways to express their disagreements but that does not happen at the time the sermon is delivered—or if it happens it is very unusual.

I obviously am not a big fan of Donald Trump while many of you may well think him an inspired leader. Yet you do not get to put your view in play because I am in the pulpit and you are in the pew. I win. A declaration that reveals that politics is not “out there” but in this worship service.

Of course we try to avoid acknowledgment of the politics of preaching by underwriting the dogma that religion and politics do not mix. It is assumed my negative view of Trump and those with more positive views should keep those judgments to themselves particularly when we are in church. The only problem with that strategy, which I take to be an attempt to avoid conflict, is the importance of recognizing that few phrases are more political than the phrase “religion and politics do not mix”—that is a slogan of winners.

Things only get worse when the attempt to keep politics out of the sermon is reinforced by the distinction between the public and the private. Most of us are well schooled on the general presumption that religious convictions are “personal” or “private.” “Private” means it is not incumbent on anyone else to believe what I believe. Accordingly the sermon consists primarily of advice about how to be nice. Such a perspective does not do justice to Herbert Butterfield’s observation that there is usually enough envy and conflict in the choir to start a world war.

But the deeper challenge is how the distinction between the public and private distorts our faith tempting us to forget that to be a Christian has always meant that Christians have been in tension with the world. Paul tells us in his letter to the Colossians that we have been made strong by being rescued from the power of darkness. If and when such a rescue is relegated to the private then we cannot but wonder if what we believe is true.

By now I may have tested your patience to the breaking point. You came to hear a sermon and what you have gotten seems more like a lecture about religion and politics that you can well do without. Where is the good news in these problematic generalizations about the politics of the faith?

So here is the good news,–—There was also an inscription over him, “This is the King of the Jews.” Today we celebrate the feast day of Christ the King. Here at the foot of the cross we learn how to speak truthfully in a world of mendacity. This Jew nailed on a cross is Lord of all creation. It does not get more political than that.

Of course there is the problem that he is called a king. We are Americans. We have no king. At best calling Jesus “king” can be understood primarily as a symbolic gesture that has no political implications. We have never had a king or queen and we do not want one. What it means to be American is to be a citizen of a country that fought a war against a monarch.

As Americans we not only have a system that is democratic but we are as individuals democratic. Insofar as kingship describes anything in our polity it describes our self-understanding. That is we each get to be our own tyrant. To be an American means you have to do what you want to do. We call that freedom.

But this is Christ the King Sunday. If Christ is king it must surely be the case that there is no way to avoid the fact that there was and still is a politics in play in the ministry of Jesus that climaxed in his crucifixion. It was the politics of the one who tempted him at the beginning of his ministry who thought the crucifixion meant victory. Instead they discovered the cross is the victory of our lord who refused to resort to violence to secure his kingdom.

It is not accidental that the feast day of Christ the King was established by Pius XI in 1925 in his encyclical Quas primas. Pius was so concerned by the murderous reality of WWI he reasoned that the only hope of avoiding future conflicts depended on the public recognition and celebration of “Christ the King.” It was the pope’s view that if we could learn to celebrate what God has done for us in the cross of Christ we would be a people incapable of killing one another.

To be sure Christ the King does not sound democratic. It is, moreover, true that there are few examples of what might be described as the politics of democracy in the Bible. Jesus is nowhere addressed as “Mr. President.” Nor does he seem to be someone who might try to win an election. Take up your cross and follow me does not sound like a winning campaign slogan. I concede that there is one democratic moment in the Gospels—the people choose Barabbas.

I think the challenge of recognizing the politics of the cross is not that we are stuck with the archaic language of kingship in a democratic social order. No, I think the problem is Jesus. In Colossians we are told that this king, this king that hangs on a cross, has redeemed all that had been created through him. All dominions, rulers, and powers have been redeemed through him.

It is our task, our politics, as Christians to reclaim our words that make us a people of truth. Such a task cannot be done by individuals but a community is required who has been constituted by the liturgy of word and sacrament. We worship a crucified King. It does not get more political than that. Here we become a people who can speak the truth to one another because we worship in common the one alone who is rightly called “the king.”

We live in a dangerous world made more dangerous by our unwillingness to acknowledge that Jesus is Lord. But we are citizens of the kingdom established by this crucified king which means we have nothing to fear. We are subjects of the one alone who rules rightly. May what I have said and what you received be true for if what I have said and what you have received is not true we are lost in a world in which truth has become a lie.

PrevPreviousBeing with the wounded: Pastoral care within the life of the church
NextOn Sin and Death: A Sermon for the Church of the Holy FamilyNext