On Sin and Death: A Sermon for the Church of the Holy Family 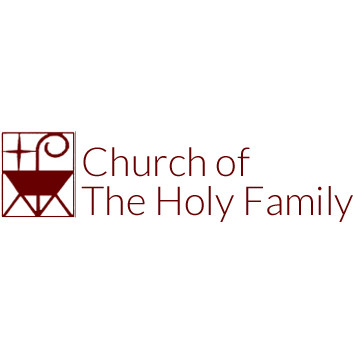 Given the texts for the day I have to preach about death.  I not only have to preach about death but about the relation between death and sin.  That there must be a relation between sin and death is an unavoidable subject given Paul’s claim in Romans that just “as sin came into the world through one man, and death came through sin, and so death spread to all because all have sinned.” That I must deal with such subjects is my way of expressing my sympathy for you who, given those topics, are beginning to wonder if it was a good idea to come to church today.  But it is the beginning of Lent so having to listen to a sermon about sin and death might count as one of the Lenten disciplines.

Yet I suspect most of us, and I am part of that us, would prefer a sermon on some other subject.  In general Americans are described as people who live as if they will not die. Ernest Becker reflected on why that may be the case in his classical book, The Denial of Death.

He observed we are at once people who know we will die but that very knowledge gives us the power to deny what we know.   We are aware of our splendid uniqueness because we stick out of nature with towering majesty and yet we are destined to go back into the ground where we will rot and disappear.

The denial and fear of death, moreover, can result in desperate attempts to find ways to cheat death. For example we hope if doctors just get good enough at their craft they can help us get out of life alive.  Failing in that ambition we indulge in funeral practices that make the one who has died appear more alive than when they in fact were alive. It all would be funny if it was not so serious.

The implications of our death denying practices are profound.  Death, we fear, may mean “this is all there is.” Knowing we will die we cannot help but worry that our very existence as a species or as individuals is but an accident.  As William James observed we are but bubbles on the foam of a stormy sea leading lives that finally have no purpose other than what we can impose on the world.

We might hope that the Adam and Eve stories coupled with Paul’s commentary on those stores might help us think better about death and even our deaths.  The Adam and Eve stories are entertaining but filled with ambiguity. We have no idea what it means for the tree to have the fruit of the knowledge of good and evil though we never grow tired of speculating what it might mean.  Nor is it clear why God would prohibit Adam and Eve from eating the fruit that provides knowledge of good and evil? If they had not eaten the fruit would they have ever died?

Then there is the question of what to make of the serpent. We are told that the serpent is not evil but rather the snake is just crafty.  You wonder why God would have created such a creature but then I have never understood why God thought possums a good idea. That the serpent is clever is manifest in the subtle question the serpent asks.  Eve’s answer seems to be what she should say as she seems to obey God’s command. She just makes one mistake. She says that God has commanded that they should not eat of the fruit of the tree of knowledge of good and evil but she adds the further specification–neither should they touch it.  But God had said nothing about touching the tree. Eve was adding to God’s command which led Augustine to locate our parent’s first sin as pride.

Then there is the problem of why Eve’s sin, a sin in which Adam becomes complicit, should effect all future generations.  Augustine called this sin “original” because it is the origin of the sins that possess us. We should like to think we bear no responsibility for the sins of our forbearers—we do not own slaves—but it turns out that refusal is our sin.

Finally it is not clear what the knowledge of good and evil, knowledge designed to make us wise, has to do with Adam’s and Eve’s recognition that they were naked?  Such a recognition cannot help but stimulate the imagination producing in an intellect as powerful as Freud the suggestion that there is a connection between sex and death.  Thus Freud’s insight that our desperate attempt to cheat death through reproduction only results in more death.

These random reflections on the Genesis stories reinforce the fact that death remains a mystery.  We are not even sure we know how to describe what it means for someone to be dead. We tend to repress or forget that without death our lives would be less rich.  We rightly do not want to die. We rightly fear death, but we fear death because without death we would not have the means to recognize that life is a gift.

What does that mean?  It simply means if we did not die then life would just be one damn thing after another.  Death creates an economy that makes it necessary that we live and love this way of life and/or this or that person rather than this/or that person.   For without death we would have time to do anything we might desire but anything turns out to be without value. So death is a gift that makes life precious.  Yet just to the extent we learn to enjoy the life death makes precious we rightly then fear death because it robs of what it has taught us to love and cherish.

A remark that finally brings me back to consider Paul’s reading of sin and death in Romans.  Paul will help us read Genesis. For I think what is at stake in Paul’s claim that by one man’s sin death came into the world and by one man’s sacrifice we have been freed from deathly deaths is a claim to remind us that we cannot make heads or tails of our living and our dying if we live as if God is not just as present to us in our deaths as in our living.

We are a people who have been baptized into the death of Christ.  The death we die at that baptistery is not just any death. Rather it is the death that gives us the confidence that nothing can separate us from the love of God.  The martyrs are our witnesses that such a way of life is possible. As creatures of the God of Jesus Christ his death determines what our death’s entail because through his death our lives are now lived out in light of his life.  We are storied by his death which makes possible our living in a manner that is not determined by our fear of death.

Robert Jenson, a great theologian who recently died, in his last book entitled, A Theology in Outline, observes that for Paul death is not just something that happens to us but like sin death is itself a force operating in the world.  Christians are a people who believe that we are participants in a conflict between a kingdom ruled by a Savior who has triumphed over death and a world ruled by a demon who would tempt us to deny such a savior.  The death of Christ is the triumph of God in this battle with fallen world. Jesus is not just another human being subject to the cruelty of a political order built on the fear of death. He is the Son of God, the Second Person of the Trinity, whose dying on a cross makes us by the power of the Holy Spirit an alternative to a world that attempts to avoid death by imposing death on others.

To be alive is to be in a history.  To be in history, to be alive, is to have a future.  We believe as followers of Christ that the God we worship is alive in history because death could not hold him. The death we die through baptism is the future that has been given to us in Christ.  He has defeated death as Paul says through resurrection. Resurrection creates a people with a history that refuses to let sin determined death be all that can be said about our future as the people of God.

Athanasius observes in his great treatise, On the Incarnation, that what it means to be dead is to be unable to take effective

action in the world.  To be alive, to have power and influence, which only ceases at the grave. Deeds and actions that energize others belong only to the living. Which means, according to Athanasius, that our savior is clearly not dead because Jesus is working mightily among us persuading people throughout the world to follow Him.  He has risen from the grave Athanasius asserts for how else can we make sense of that Christ is able to make even me and even you members of his body.

The sin and the sin determined death Adam brought into the world is a power out of which we cannot will ourselves  because the more we will to be free from sin and death the more we are caught in their embrace. An embrace that is death itself.  We are known by God in Adam (Karl Barth). But that is not God’s last word about us. The last word about us is that the Father would also know us through the new Adam who is the crucified and risen Christ.

We have been given in Christ an abundance of grace that makes possible the necessity to recognize ourselves as one of God’s good creatures.  Adam is the truth concerning who we are in our rebellion against God. Jesus is the name of God’s agent that has freed us of sin through cross and resurrection.  There is a relation between sin and death but now the name of that relation is crucifixion in which death was defeated. Death can never again mean the end of God’s power to claim us as friends.

How remarkable.  Speculation about the relation of sin and death while not without interest is fruitless if God is left out of what can be said.  God’s word in Christ gives us a common history called Adam. We have been joined in a common destiny by God’s redemption of human kind by Christ becoming our kind.  So let us speak of sin, death, and their relation as those who have been made part of a life giving history by the cross of Christ. That is a reality, a faith, capable of taking us through Lent.