Naming God: The Burning Bush, the Cross and the Hiddenness of the Revealed God 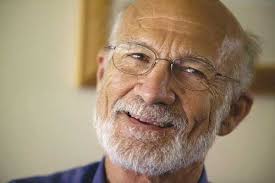 “God is whoever raised Jesus from the dead, having before raised Israel from Egypt.”

This is the hallmark sentence of Robert Jenson’s Systematic Theology . It is an elegantly simple but dauntingly deep sentence, which took Jenson a lifetime of theological reflection to write.

Indeed, one of the ironies of the many robust defences atheism published over the last several years is the confidence these atheists seem to have in knowing which God it is they are sure does not exist. They have forgotten that one of the crimes of which Romans accused Christians – a crime whose punishment was often death – was that Christians were atheists.

The Romans weren’t being unreasonable. All they wanted was for the Christians to acknowledge there were many gods, but Christians were determined atheists. Christians were atheist because they assumed the primary problem was not atheism, but idolatry. Idolatry, moreover, has everything to do with thinking that you know God’s name.

In The City of God , Augustine even argues that the reason the Roman Empire had fallen on hard times was because the Romans worshiped corrupt gods. He assumed rightly that there is a direct correlation between the worship of God, the character of our lives and politics. Augustine argues, therefore, Rome fell because the people of Rome lived immoral lives by emulating the immorality of their gods. Needless to say, Augustine’s account of idolatry was not well-received by the Romans themselves.

So depending on which god or gods today’s atheists think they are denying, they might discover that Christians are not unsympathetic with their atheism. For example, it should not be surprising that in a culture which inscribes its money with “In God We Trust,” atheists might be led to think it is interesting – and perhaps even useful – to deny god exists. It does not seem to occur to atheists, however, that the vague god which some seem to confuse with trust in our money cannot be the same God who raised Jesus from the dead, having before raised Israel from Egypt.

Those who assume “god” is the designation we use for naming the assumption that something had to start it all also think that such an assumption implies there has to be more to life than birth, sex and death. Many who believe in such a “more” often agree with the new atheists that there is little evidence that such a “more” exists, but they nonetheless refuse to deny its possibility. Moreover, they assume that such a “more” has many names, for to think otherwise is to risk intolerance.

But the Scriptures constantly remind us that naming God matters. For instance, God asks Moses to bring his people, the descendants of Abraham, Isaac and Jacob, out of captivity in Egypt (Exodus 3:1-15). God – who seems to have been reading Jenson’s Systematic Theology – tells Moses that he should tell the Israelites that Moses has been sent to the people of Israel by the God of their ancestors, that is, the God of Abraham, Isaac and Jacob.

But Moses, who knows the Egyptians well, knows that escaping from Egypt is going to be a risky business. Moses knows that those whom he is asked to rescue will want some assurance that Moses is authorized to undertake the dangerous business of escaping from Egypt. At the very least, those that he has been asked to lead will want to know the name of the One that he serves. So Moses asks God for some identification to which God responds, “Tell them, ‘I am who I am has sent Moses to them’.”

“I am who I am” (or as some have translated, “I will be present to whom I will be present”) I suspect was not a reply that pleased Moses. But it has been an unending delight for Christian theologians and philosophers to reflect on the metaphysics of God’s existence. Aquinas, for example, thought that God’s response rightly suggests that only in God are existence and essence inseparable. Put in more colloquial terms, this means only God can act without loss. For Christians it is, therefore, never a question about God’s existence, but rather what it means for all that is not God to exist.

“I am who I am” may be a helpful metaphysical response, but it is not a name. At best, as philosophers like to say, “I am who I am” is a grammatical remark that suggests God is known by what God does. “I am who I am” therefore is but another way to say you know all you need to know if you know that God is the God of Abraham, Isaac and Jacob. It is as if God is saying to Moses, “Tell them not to worry. Just as I have been there for Abraham, Isaac, and Jacob so I will be there for you.” In effect God is saying, you can trust me but you cannot possess me.

We, like the people of Israel, would like to think we get to name God. By naming God we hope to get the kind of God we need, that is, a god after our own likeness. We can make the “more” that must have started it all after our own image. But God refuses to let the people of Israel – or us – assume that we can name the One who will raise Israel from Egypt. Only God can name God. That, moreover, is what God does. “God also said to Moses, “Thus you shall say to the Israelites, ‘The Lord, the God of your ancestors, the God of Abraham, the God of Isaac, the God of Jacob, has sent me to you’: This is my name forever, and this my title for all generations.” God’s name is YHWH, but it is a name that Israel could not say.

That God’s name could not be said indicates that God’s name is a holy reality sharing as it does in God’s holiness. To know God’s name is to know God. As Karl Barth observes: “‘I am that I am’ can scarcely mean anything else than just I am He whose name proper no one can repeat is significant enough; but the revealed name itself by its wording is to recall also and precisely the hiddenness of the revealed God.” The burning bush that is not consumed wonderfully displays Barth’s point that the very revelation of God, God’s unrelenting desire to have us know him, means we must acknowledge that we cannot know God.

Moses could not help but be drawn to the fiery bush. How could the bush be on fire yet not be consumed? He drew near, but the Lord called to Moses – named Moses – out of the burning bush telling him he was on holy ground. He was to remove his sandals and come no closer. Moses did as he was told hiding his face, fearing to look on God. For if God is God, how could we hope to stand before God? How could we hope to see God face to face, and live? The burning bush was not consumed, but we cannot imagine that confronted by this God we could see God and live.

Israel knew that there was no greater gift than to be given God’s name, but that gift was a frightening reality that threatened to consume her. Israel, who would be tempted by the idolatrous presumption she possessed God’s name, rightly never forgot she could not say God’s name. Israel could not possess God because God possess Israel.

For Christians, we believe we have been given God’s name. We believe we can say the name of God. Paul, in his letter to the Philippians (2:5-11), tells us:

“Let the same mind be in you that was in Christ Jesus,

who, though he was in the form of God,

did not regard equality of God

as something to be exploited,

taking the form of a slave,

being born in human likeness.

And found in human form,

and became obedient to the point of death –

even death on a cross.

and gave him the name

that is above every name,

so that at the name of Jesus

every knee should bend,

in heaven and on earth and under the earth,

and every tongue should confess

that Jesus Christ is Lord,

to the glory of God the Father.”

The fire that burned but did not consume the bush is Jesus Christ. Just as the fire did not consume the bush, so our God has come to us by becoming one of us. Yet the humanity of the one he became was not replaced or destroyed. Rather, our God is incarnate. Our God is the Father, Son and Holy Spirit. There has never been a time that God has not been Trinity. The God that came to Moses in the burning bush, the God who called Moses to deliver his people, the God who gave Moses his name, is Trinity. Only this God can be very God and very man.

To come to this meal in which bread and wine become for us the body and blood of Christ is to stand before the burning bush. But we are not told to come no closer. Rather we are invited to eat this body and drink this blood and by so doing we are consumed by what we consume becoming for the world God’s burning bush. By being consumed by the Divine Life we are made God’s witnesses so that the world may know the fire, the name, Jesus Christ.

PrevPreviousSpeak Christian: An Exhortation to Ministers of the Gospel
NextWhy Bonhoeffer matters: The challenge for Christian ministry at the end of ChristendomNext